“Once a year, go someplace you have never been before”

Knowing foreign languages allows you to travel all over the world, experience different cultures and meet new people. It also helps you to find your way around a new place: when you speak the language, you can easily buy some bread or a museum ticket, ask for directions or inquire about the train timetable. And being able to speak the language also strengthens your self-confidence and helps you to approach new situations with a positive attitude.

Visit English speaking countries all over the world

Nowadays English is a global language, a modern lingua franca. You can communicate in English with many people in many different places. Would you like to know exactly where in the world people speak English and where you could travel if you speak it too? Watch the video and find out! We hope it will be an inspiration for you to learn English and to discover the world!

How many people around the world speak English?

Generally, one can say that nowadays most people speak at least some English, since it is very popular to teach it in schools. But some countries are more successful in teaching English than others. Proficiency among learners is measured by the EF English Proficiency Index (created by an educational company EF Education First). According to this index (and the data published on the website worldatlas.com), people speak English (as their non-native language) best in the Netherlands, Denmark, and Sweden. Contrarily, countries where English proficiency is the lowest are Laos, Libya, and Iraq.

And what about countries where people do not have to learn English because it is their native language? In Europe that would be the United Kingdom and Ireland, and in North America: the USA and Canada. People in Australia and on some islands of Oceania speak English as their native language as well. This is due to history and the colonial past of many countries.

So, what exactly is the number of English speakers around the world? No one knows exactly, but it is estimated that the total number (according to Wikipedia) is around 1,200,000,000. In this number, over 350,000,000 are the native speakers, so the rest are people who have learnt English as a foreign language.

Still one important thing to keep in mind is this: the fact that English is spoken in so many continents, countries and regions does not mean that it is the same language everywhere. There is of course ,,the standard’’ English (called RP), but many different dialects and varieties have developed over the centuries. Thus, people from Australia speaking English might have problems with understanding people from India, though they are technically speaking the same language. It is worth remembering while travelling! 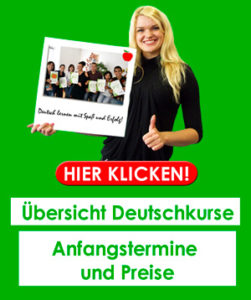 Different kinds of translation – get to know them all!

Where can you travel when you can speak English?