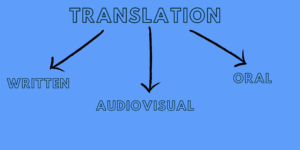 What is more, nowadays more and more people know foreign languages and thus they think that translation is something, anyone knowing a language can do. But this is not the case: to be able to translate or interpret properly, one needs to have various skills, far beyond the language knowledge. A translator/interpreter needs, among others, to have great cultural awareness, to be able to express themselves fluently and flawlessly in both the foreign and the native language, as well as to be able to work under pressure and stress.

Furthermore, translation is a complex field. There are many different types and modes of doing a translation/interpreting. A translator/interpreter usually specializes in some of them.

We can distinguish three main types of translation: written, oral (also called interpreting) and audio-visual. Each of these can be further subdivided.

Written translation is classified depending on the type of text that is being translated. We can have literary, website, medical, judicial, technical, and business translations. 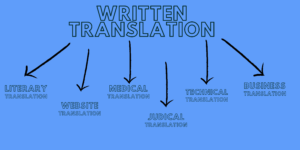 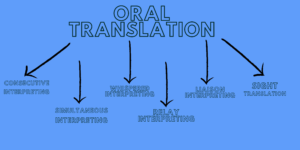 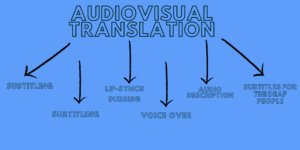 As you can see from these graphs and the text, translation is a very diverse field and can be used in many different situations for various purposes.

Different kinds of translation – get to know them all!

Where can you travel when you can speak English?